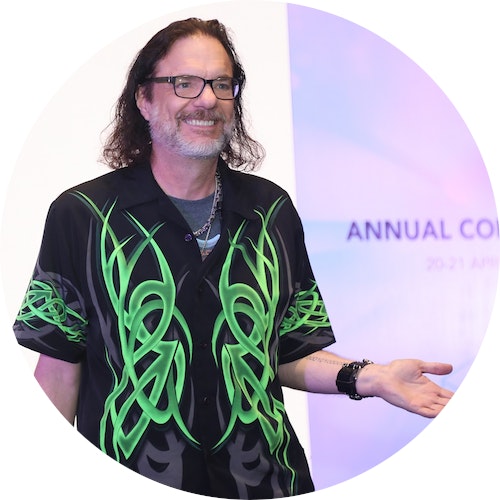 David McCarter has been a software engineer for over 28 years. He is a Microsoft MVP (Most Valuable Professional), C# Corner MVP, solutions architect, Code Quality Zar, consultant, professional code reviewer, speaker, and book author who lives in San Diego, California USA. He is the editor-in-chief of dotNetTips.com... a website dedicated to helping software engineers in all aspects of programming since 1994. David has written for programming magazines and has published numerous books that include "Rock Your Code: Coding Standards for Microsoft .NET", “Rock Your Code: Code and App Performance for Microsoft .NET” available at: http://amazon.com/author/dotnetdave. David is a featured writer on the C# Corner where his articles have been read by over 1.3 million software engineers. David is the host of Rockin' the Code World with dotNetDave weekly show on the Internet hosted by C# Corner Live. Each week David interviews top tech leaders on what they are currently passionate about along with answering questions from viewers. Each episode reaches up to 14,000 viewers from all over the world. Episodes are simulcast on YouTube, Twitter, C# Corner, and Facebook. Past episodes can be found at https://www.c-sharpcorner.com/live/rockin-the-code-world-with-dotnetdave. David also hosted the first Code Quality & Performance on C# Corner Live in June of 2021 that reached over 65,000 software engineers: https://bit.ly/CodeQualityConf21. David gives lectures on programming and technical interviewing at user groups, colleges, high schools, and conferences such as C# Corner Conference (India), NDC, Code Camp, SQL Saturday, DevConnections, VSLive, and more. He taught at the University of California San Diego for 18 years. He also runs his own software/ consulting company called McCarter Consulting. You can find upcoming speaking engagements by going to: http://bit.ly/dotnetdaverocks. He is one of the founders and directors of the San Diego .NET Developers Group for its 20-year run. In 2008 David won the INETA Community Excellence Award for his involvement in the .NET community. David is also an inventor of a software printing system that was approved by the US Patient Office in May 2008. If that's not enough, David is also an award-winning photographer and works for bands such as Queensryche, Buckcherry, Geoff Tate, Eric Johnson, Lit, Gary Hoey, P.O.D., Steel Panther, and too many other bands in the United States to list. David is also a guitarist and has had the honor to play with Carl Franklin (.NET Rocks) and the lead guitarist from Lynyrd Skynyrd. Microsoft MVP profile is located at: http://bit.ly/davidmvp GitHub repo is located at: https://github.com/RealDotNetDave NuGet packages are located at: https://www.nuget.org/profiles/davidmccarter