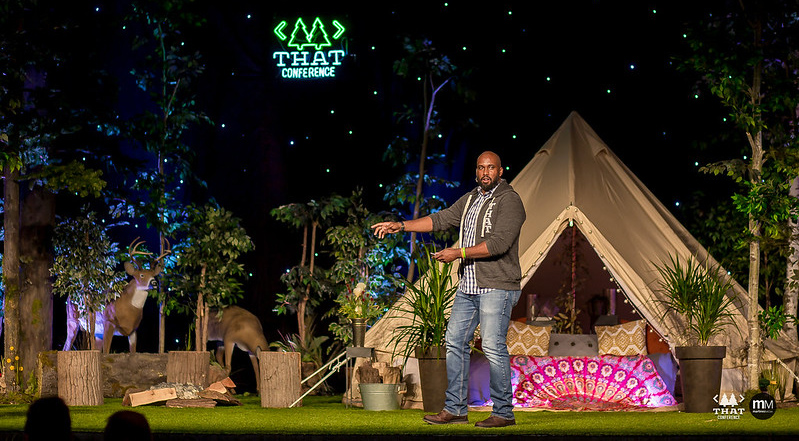 February is a month to celebrate African Americans who have changed the world. We’d like to take a moment to shine a light on a few who paved the road with technologies we use and work with everyday:

It is important for us here at THAT to highlight some of these amazing individuals in our history, but to also continue to encourage change within our industry, schools and communities around us.

We reflect back on THAT Conference 2019 to Anjuan Simmons’ keynote on “Lending Privilege”, where he inspired each of us to lend our privilege to provide opportunities to others who didn’t have those same options open to them. Asking each of us to think about what opportunities and seats we had at tables, that we could give to another person who might not have that opportunity due to race, gender, education, etc.. That if we each lent some of our privilege, imagine how much we could move the needle as a community.

As we move forward in life and we get access to these seats of power, these tables of power, I want you to look around and make sure there’s diversity at the table.

When we pull together men and women, people of every background and colour and faith, immigrants who’ve come here from across the globe to make America their home – when we bring all of that brainpower to the table, anything is possible, even going to the moon, right?

Stay in the know

Another list? We know you're busy enough just trying to get your product shipped. We also don't want to become more noise for you. We don't email much, honestly, we're busy too, but when we do it's to make sure you stay in the know.